In August I was moved to visit Eyam in the Peak District.  In 1665 the village suffered an outbreak of the plague brought in by infected cloth from London.  The brave villagers islolated themselves for almost two years to avoid spreading the disease to neighbouring communities and coped with the dreadful disease themselves. Though many died many also survived and today the episode is depicted in this stained glass window in the church and in an excellent village musuem. 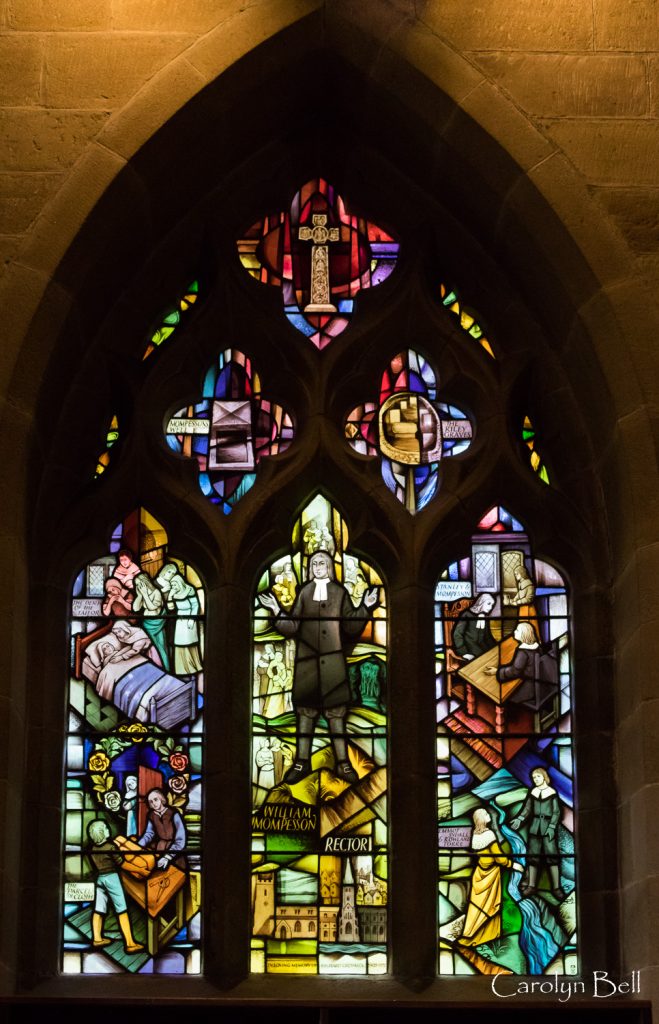